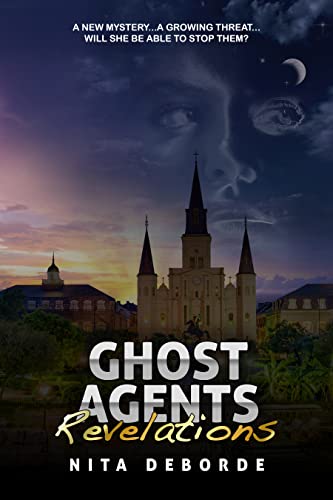 A new mystery... a growing threat... will she be able to stop them?
The second book in the award-winning Ghost Agents Trilogy follows Claire Abelard and her fellow Bureau agents as they seek to unravel a new mystery that threatens the world of energy projections.

A new mystery… a growing threat… Will she be able to stop them?

Claire Abelard has never been normal. She has always been able to see and communicate with energy projections, or the entities more commonly known as ghosts. As an agent of the Bureau for Historical Preservation, her abilities come in handy on the job, but they tend to complicate every other aspect of her life.

Now, four months after a series of world-shattering events in Galveston, Claire’s life is still in turmoil. No one at Bureau headquarters in Boston will even acknowledge the existence of the sinister secret organization known as The Syndicate, but Claire is convinced they are behind the disappearances of dozens of rogue energy projections.

When Claire hears that rogues in New Orleans are behaving strangely, she immediately joins the investigation. As she and her fellow agents unravel the new mystery, they discover The Syndicate has more ominous plans for the rogues than simply making them disappear… and it appears they have plans for Claire as well.