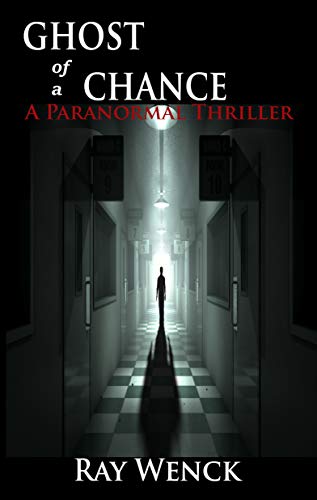 Ghost Of A Chance

Killed before he can get vital information to the police about a terrorist attack, Chance fights to find a way to get the information to someone alive before thousands of people die. But will the one person he can reach believe in ghosts?

If they thought by killing him it was the end of the matter, they didn't know Chance very well. Caught before he could deliver valuable information about a terrorist plot to detonate a bomb, Chance searches for a path back to the living, if only to deliver the warning.

Thwarted at every turn, frustrated and in danger of losing his soul, his restless spirit stumbles across a comatose man, Mac, whose tenuous existence is held by a thin thread between life and death.
Discovering how to make contact with Mac, Chance tries to convince him to relay the warning, however, to do so may mean the end of his life. But, even if Mac can sound the alarm, will anyone take him seriously?

With the bomb nearing detonation, the fate of thousands of innocent people depends on whether Detective Michael Pollen, the man investigating Chance's murder, believes in ghosts.