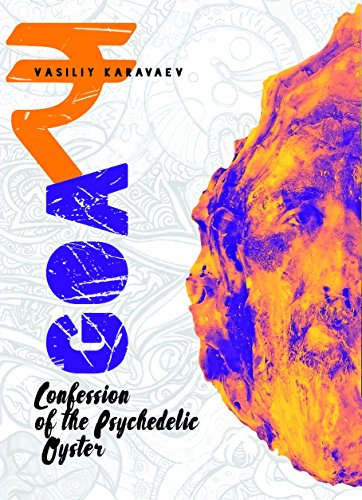 Goa. Confession Of The Psychedelic Oyster

Classical Goa is so psychadelic, that one gets the impression that this place has its own intellect. Not that it’s super complicated, but this place is able to hide itself from unwanted eyes- the main hero of the book and its author, tells his story from an Indian prison.

This book is about the paradise resort's carefree and happy façade, and its insides. About the illusory freedom provided by psychedelics, and the very real imprisonment of an Indian jail. About the immutability of the karmic law of cause and effect, and the surrealism of Indian justice. About the ups and downs of the author's fortunes, his naivety, illusions, coming of age, and inner transformation.

A scream book, a confession book, a book about the life of a foreigner in Goa during the last decade, which unfolds through two narratives about the promised land: the found and the lost. In one of them, Vasya undergoes a transformation from businessman to psychedelic explorer, and in the other he serves time in a Goan jail. It is about how 'heaven without hell can unnoticeably turn into hell', which is fascinating not only to the wide gallery of characters that played a direct role in the described events, but also to the new generation of psychedelic Jedis willing to learn from their predecessors' mistakes.

A psychologically revealing, flash-back-filled, first person account of a small-time wheeler-dealer's transformational ideological crusade, taking him from the 'Wild East' corruption of '90s Russia, via the illusory psychedelic liberation of Goa's tropical beach paradise - viewed through the prism of a narrator stranded in the farcical existential vacuum of awaiting justice from the Indian legal system.

An ordinary Russian guy named Vasiliy lives in the north of the Indian state of Goa. He has a beautiful wife, a smart daughter, and his own restaurant on the shore, where you can have a taste of hash cake and wash it down with real kvass - an old Russian beverage - for just 100 rupees. Vasya and his friends consider themselves psychedelic 'Che Guevaras,' and help their fellow citizens - both true downshifters and 'two-week trippers' - make a quantum leap in consciousness. But Vasya's prolonged journey through wonderful India, where desires tend to materialize and time is 'as thick as a mango smoothie', gradually turns into a bad trip. It is a narrative about how 'heaven without hell can unnoticeably turn into hell', which is fascinating not only to the wide gallery of characters that took a direct part in the described events, but also to the new generation of psychedelic Jedis, willing to learn from their mistakes of their predecessors.