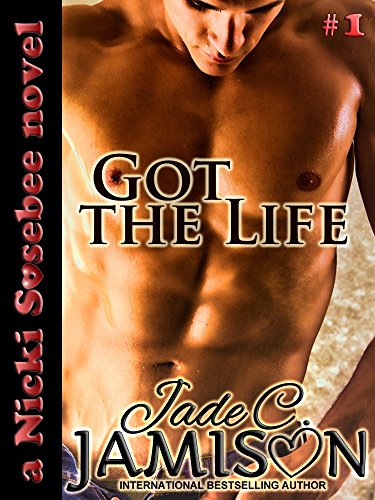 Investigative reporter: Nicki’s latest gig
Naïveté on a scale of one to ten: Pushing the limit
Susceptibility for falling for a hot biker: A given
When Nicki gets way too close to a hot story that leads her down a dangerous path, she wonders if she’s really got the life…

Nicki Sosebee wants her first headline, but she doesn't want it to read "Reporter found dead."

Since leaving school years earlier, Nicki Sosebee has long since given up on the notion of The American Dream, but that doesn't mean she doesn't still have dreams of her own. She realized early on that her college degree isn't worth the paper it's printed on, but she also knows that she doesn't want to work for minimum wage the rest of her life.

To get there, she's been learning the ropes as a novice reporter for her hometown newspaper, but it doesn't take her long to find out that her naïveté is not doing her any favors. That's where her best friend Sean Ramsey comes in. He gives her advice when her instincts steer her wrong and he supports her when she needs it.

She's had it bad for Sean, ever since The Night eight years ago, the one time they hooked up and had the time of their lives, but she ruined it when she accidentally called him her ex-boyfriend's name in the heat of passion. And they've been friends only—and hands off—ever since.

Nicki's currently investigating a story that she thinks might result in her first headline. One of Winchester's bad boys has been locked up for arson, but as Nicki digs deeper, she finds it's not just a case of trying to set fire to a house…and between being seduced by a bad ass biker and potentially getting caught by the bad guys before she can write that headline, Nicki starts to wonder if she's really GOT THE LIFE.