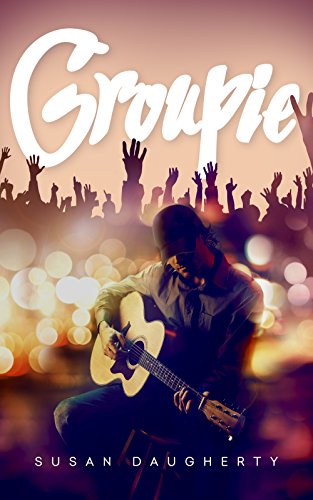 Jack Morgan is country music's hottest playboy. Lexie Travis is the farthest thing from his usual groupies. A shocking accident leaves Lexie as the physical therapist assigned to his recovery...while in the middle of a tour! As she gets to know the man behind the celebrity, Lexie finds she may not be immune to Jack's handsome charm after all. Stepping onto the tour bus will start a chain reaction in their lives and challenge them both to change and believe in love.

Moving to a new city isn't the magic fix Lexie Travis hoped it would be. Sure, she put some mileage between herself and her feuding parents, her miserable dating history, and the memories of a life-altering injury. However, she still feels like a former shadow of herself, hiding behind her diminished confidence and her thorough disbelief in true love.

Everything changes when Lexie's best (and only) friend drags her to a country music concert. Lexie loves country music, but she loathes the top-selling heartthrob who sold out the arena. Jack Morgan became a sensation with a string of degrading, shallow songs that she can't stand.

A startling trauma lands Jack in the hospital, and Lexie is the physical therapist assigned to the VIP treatment of the very man she despises.

Jack is drawn to the one woman who appears resistant to his charms and who loves to check his ego every chance she gets, yet gives him the honesty he needs. She's the opposite of his usual groupies. He can only continue his tour if he receives rehab on the road, and Lexie is the lone person Jack trusts for the job.

Reluctantly, she agrees to take the journey on his luxury coach, joining the wild cast of characters on his crew. Yes, she was given many incentives to take the assignment, but the reason she wants to ignore is the dangerous one. Jackson Morgan is growing on her.

At every turn, another challenge pushes her away from him.
Stepping onto the tour bus is the domino that starts a chain reaction in their lives and challenges them both to change. Could they learn to believe in love and happily ever after?