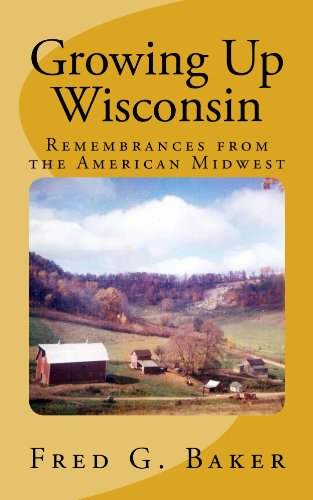 This is the story of how one family of four manages the transition from Chicago to rural Wisconsin in the late 1950s to 1960s.
Culture shock ensues.
The story unfolds in a series of vignettes seen through Fred’s eyes.

Eight year-old Fred gives up everything he has ever known when his family moves from Chicago to a dairy farm in Wisconsin. Culture shock ensues.

When his father retires early, young Fred is forced to leave the ice cream shops, elevated trains, and bustling streets of suburban Chicago and move to a small farm in southwest Wisconsin. It is the beginning of a new life filled with adventure. There is a snake den under the back porch and the kitchen floor is covered with dead insects. There are snapping turtles to catch and farm animals to play with.

There is also work to be done. Dad’s vision of being a gentleman farmer involves having his two sons help with milking the cows, taking care of the chickens, fixing fences, and shoveling snow off the driveway in addition to attending school. And the Wisconsin summers are hot and humid, the winters long and bitterly cold.

This is the story of how one family of four manages the transition from Chicago to rural Wisconsin in the late 1950s to 1960s. The story unfolds in a series of vignettes seen through Fred’s eyes.

The experiences will leave a permanent impression on Fred. Listening to the colorful characters in Richland Center and Yuba, exploring the farm on horseback, rounding up stray cattle, cooling off at the swimming hole on the Pine River, catching fireflies, and stargazing on clear summer nights—these are memories that last a lifetime.