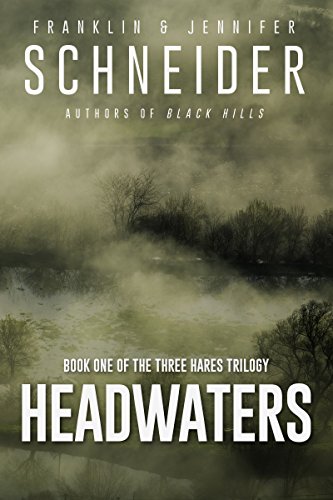 When forest ranger Zoe Budd looks into a series of disappearances in the deep woods, she finds a cover up spanning decades, and clues that point to something unspeakable ...

Thirty years ago, a woman disappeared in the Angel Peak Forest Preserve, from right under her fiancee's nose. The only clue is a crude pictogram of three hares, carved into a tree.

Decades later, her remains are found washed up on the banks of the river by forest ranger Zoe Budd. Zoe defies her boss's order to drop the case and discovers there are bite marks on the dead woman's bones - bite marks left by human teeth. Soon, Zoe uncovers hushed-up reports of dozens of people gone missing from the forest preserve, one of which leads her to Ronnie Burlington, the town's bulldog lawyer, and his own obsession with his fiancee's disappearance thirty years before.

After the two team up, their investigation exposes decades of cover-ups and misdirection, a web of lies that involves two prominent families in town - one long gone, one very much still there. Everything points to the forest preserve and the river that runs through it, where they find terrifying hooved tracks, and a strange pictogram depicting three dancing hares carved into the trees. But their discoveries also might destroy the town they both love, not to mention their lives, and Zoe's marriage. Zoe is determined to find the end of the river's path, but what she finds might make her deeply regret looking…