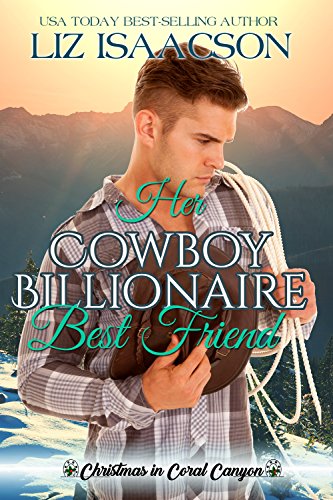 A cowboy returning to his hometown—and the best friend he left a dozen years before. She's divorced with a child now...can they build a family and find their happily-ever-after?

A cowboy returning to his hometown—and the best friend he left a dozen years before. She's divorced with a child now...can they build a family and find their happily-ever-after?

Graham Whittaker returns to Coral Canyon a few days after Christmas—after the death of his father. He's just found out his long-time girlfriend in Seattle has been cheating on him, and while Coral Canyon isn't his first choice of where to live, it's certainly the friendliest.

He takes over the energy company his dad built from the ground up and buys a high-end lodge to live in—only a mile from the home of his once-best friend, Laney McAllister. Laney returned to her family ranch after college, but her husband wasn't cut out for the country lifestyle on the land at the base of the Grand Teton National Forest. He left Laney and their daughter, Bailey, to work the ranch themselves, which they've been trying to do.

But with her furnace on the brink of failure and the snow falling faster than ever, Laney agrees to bring Bailey up to Graham's lodge for the holidays. They were best friends once, but Laney's always entertained feelings for him, and spending so much time with him while they make Christmas memories puts her heart in danger of getting broken again. Can they take their friendship to the next level and build a family? Or will Laney be risking her heart only to remain in the friend zone?