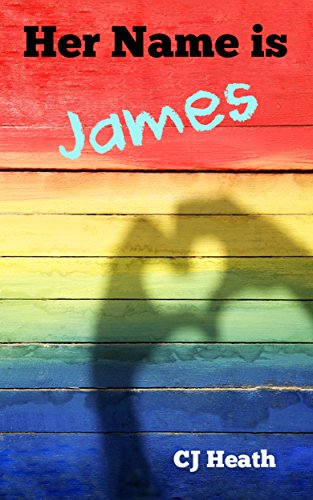 Her Name Is James

James is a transgender teen just coming out to his family after three years in care and has concerns his father may still retain the violence he showed before.
Through all the difficulties he faces, he has one friend who brings him chaos when she declares her love for him.

At fifteen years old, James Farrow was removed from home by social services for his own safety. Now he is eighteen, he is no longer the responsibility of the welfare state. Returning home to an uncertain reception, James finds his father has mellowed and his brother is delighted to have his hero back.

Life could run smoothly for James now he is home again but he has a painful truth to confess; James is transgender. He's always known he wasn't intended to be born a boy but now he wants to begin his transition into the woman he should be.

Even before he faces his family, a ghost from his past emerges. A friend who seeks to blackmail him for an act recorded he wishes hadn't happened. Fear of his past being exposed, he agrees to the friend's demands with unpleasant repercussions.

Just as things couldn't get worse for the young teenager, his brother learns his hero is much less than he though and the younger sibling's anger becomes physical.

James has one confidante, a friend since childhood; Tina is his support through all his anguish but she too rocks his world when she admits she loves him. Confused and struggling to come to terms with his own feelings, James needs to find a resolution that both meets his needs and is accepted by friends and family alike.

Her Name is James is an emotional journey for the lead character and for the reader alike. It is an involved tale that avoids the sensational aspects of the life of a transgender teen and concentrates on the needs and compromises James has to face up to.