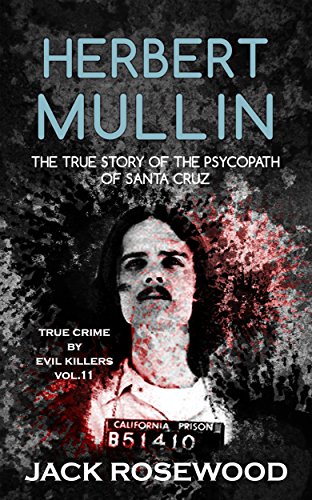 Herbert Mullin: The True Story Of The Psycopath Of Santa Cruz

This is a biography/history book about ruthless serial killer Herbert Mullin...

A priest, a homeless man, small children, a drug dealer and a witness….these are just some of the supposedly random victims of Herbert Mullin. In just four short months, he managed to kill 13 people, using a range of weapons and reasons. But were they all random victims, simply in the wrong place at the wrong time, or was there a much more sinister plan behind them all?

Of all the American serial killers, Herbert Mullin is perhaps the most bizarre. His killing spree spanned 13 victims, and his battles with mental illness and addiction were well publicized throughout his trial. But was he really mentally ill? Can a psychopath be so clever he can fake it? Whatever the truth, his murders left a permanent mark in, California history.

Santa Cruz became known as the California murder capital of the world, partly due to Herbert Mullin. When you think of true crime California, you are reminded of the likes of Edmund Kemper III, John Linley Frazier and Herbert Mullin, all of whom committed their bloody rampages across California at the same time.

Mullin's beliefs that killing innocent people would prevent a major earthquake from occurring was indicative that not all was well inside his brain. Was Herbert a very intelligent and scheming man whose plan all along was to kill to hide an act of revenge? The answers may lie inside the pages of this book. You will have to read through and make that decision for yourself.