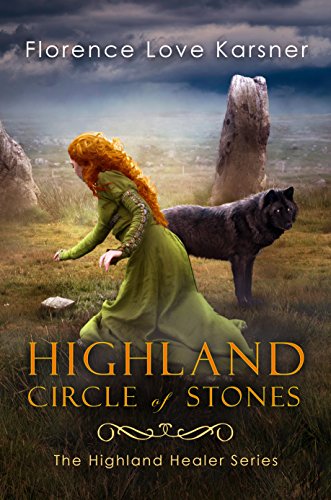 Caitlin, a healer with magickal powers, is to wed the Highlander, Alex. But one revengeful lass will stop at nothing to prevent this union. Does danger await the clan?

Caitlin is the latest in a long line of healers and she has been most fortunate to have grown up in the home of an eccentric uncle on the Isle of Skye. Today, however, she finds herself residing in the upper Highlands of Scotland and is about to wed the Highlander, Alex, oldest of the MacKinnon brothers.

The date is set and the time is near. However, not all members of this clan of brothers are happy about this union that is to take place. One of them, Jack, has seen this healer exhibit some unusual magickal powers when in a stressful situation. In fact, he witnessed a soldier and an English Lord as they both became targets of her exceptional powers —and both were destroyed completely. What if she uses these powers and brings danger to the entire family? Can she control them? This brother is not afraid of much, but this woman, tiny though she may be, has him losing sleep wondering what disasters she may bring to all of them. Not only that, but she travels with a wolf — a huge, black wolf that never leaves her side. Should they fear him? And what about her eccentric uncle — he too has performed some feats that have the brothers wondering about him as well.

However, the person who most wants to stop this union is Deirdre, the Highland lass who is convinced that Alex should belong to her. Her devious plan to stop it takes all of them on a harrowing and spine tingling journey that demands they accept many situations they do not understand and cannot prevent.

Alex is determined to wed this lass and believes her to be exactly what he has been waiting for. However, when he discovers her standing in the Circle of Stones, even he finds himself questioning his plans. His mam had always believed only the "called" should enter the circle, but was Caitlin called? What did that really mean?

As for Caitlin, the Circle of Stones calls to her more every day and until she can find out the reason for this, she will continue to visit the circle and Alex finds this disconcerting. But the most frightening event of all is when a member of the clan itself begins to exhibit magickal powers as well. What now?