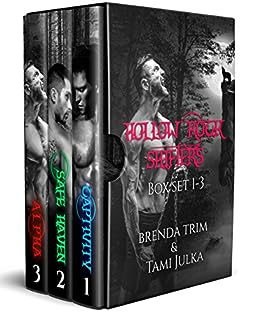 Lawson Scott has been a prisoner for three years. He's been subjected to torture, degradation, and numerous tests by humans wanting shifter blood.

Lawson Scott has been a prisoner for three years. He's been subjected to torture, degradation, and numerous tests by humans wanting shifter blood. He's convinced he will spend the remainder of his life chained to a wall until sexy scientist, Liv Kimbro, is assigned to his case. She's the first human to show an ounce of compassion and their attraction is combustible despite his disdain for her species. An escape plan unfolds and Lawson sees how far Liv will go to set him free. Passion erupts and raw, primal need is unleashed when they succumb to their desire for one another.

Will Lawson reach his safe haven and find a life mate when Liv captures his heart or will their differences destroy them and everyone he loves?

Lawson Scott can finally see the light at the end of the tunnel. The days of being chained to a wall and unbearable beatings are over. Now, He's renovating a hotel where shifters can relocate and feel safe. His family has reunited and Liv, the woman he loves, is by his side. When he takes on the role as pack leader it seems he has everything he could possibly want. But when a rescued group of shifters come to live at Hollow Rock, his world turns into bitter betrayal overnight and he may lose the one person who matters most.
Was that a light at the end of the tunnel? No, wait. That was the headlight of a train.

Lawson and Liv have experienced their fair share of hurdles. He's a shifter, she's human. He was held captive for three years by her former boss. Her best friend can't stand him. They faced every storm and came out stronger and more committed than ever. Happily ever after? Not quite.

When Lawson's brother turns Ravin, he and Liv leave Safe Haven in search of him. Liv is convinced she can reverse the horrific side effects of the disease if they can find and capture him. Luckily, they find his brother and take him to Liv's lab for treatment, but when they return home, Lawson is thrown into a death match when a disgruntled pack member challenges his role as leader.

Can Lawson defeat his enemy and follow in his father's footsteps as a revered Alpha, or will his dreams of sharing his life force with Liv die during the bloodshed under a full moon?