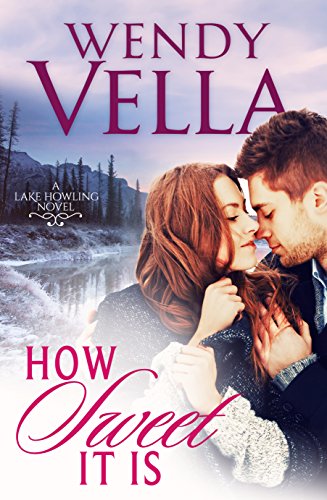 How Sweet It Is

Willow Harper learned a few valuable life lessons that molded her into the uptight, commitment-phobic woman she is today. Determined to have the security she has no time for sexy cafe owner Buster Griffin, even if she's lusted after him and his chocolate caramel muffins for years.

At sixteen Willow Harper learned a few valuable life lessons that molded her into the uptight, commitment-phobic woman she is today.

Determined to have the security she sorely lacked as a child, Willow's sole focus is on furthering her career. No time for love, lust or romance - Willow is All Business. So when a chance to secure her future means a trip to secluded Lake Howling, Oregon, she leaps at the opportunity. Sure, it isn't New York City, but Willow's only planning on being there a few days, then she'll be back to the safety and anonymity of the city. But when the very man who's been haunting her fantasies for years appears in Lake Howling, suddenly Willow's carefully planned strategy is in tatters.

Buster Griffin is sexy, brooding and infuriating, yet somehow has the entire small town's inhabitants wrapped around his little finger. He's made it clear he won't be playing by Willow's rules, and now it's not only her career that's in jeopardy, it's her heart too.

Because Buster won't accept anything less than a complete takeover of Willow, and Willow's terrified of giving up control