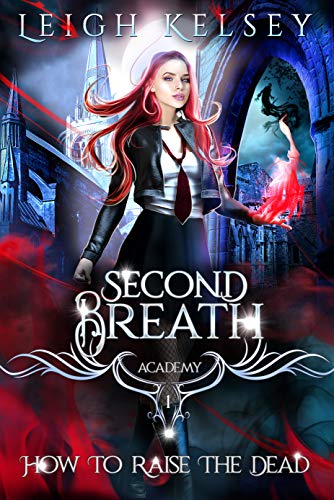 How To Raise The Dead

A forbidden romance too sweet to resist. A murder on the welcome tour. Kati’s first term at necromancer academy just got interesting.

No one cares that it’s her brother accused of killing someone at Second Breath Academy last year; she’s guilty by association.

Kati never expected an invitation to the academy after the rumours and murder. But she can’t pass up the chance to learn magic from the best teachers in the world. If she’s going to have a real future, with her reputation thoroughly wrecked, she’s going to need all the help she can get.

But when the groundskeeper turns up dead, covered in black magic runes, a new mystery unfolds. And Kati’s first term could be her last…

Deadly spells, blood magic, and forbidden romance collide in this paranormal academy for necromancers and reapers. If you like murder mystery, slow burn romance that adds a love interest in each book, and magical hijinks, you’ll love Second Breath Academy!