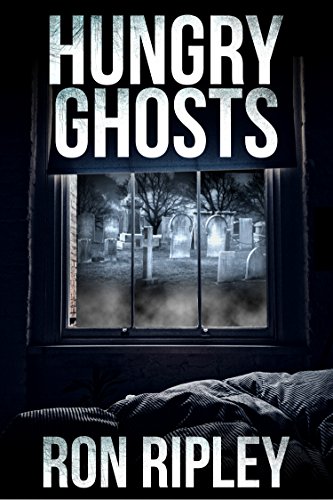 A cold dark night. A cemetery full of secrets. And murderous ghosts on the loose.
After years in a psychiatric ward, Connor returns home. And he wakes up to ghosts in his basement and in the cemetery nearby.
But these ghosts are different. They’re hungry. And they want to devour Connor’s flesh…

A cold dark night. A cemetery full of secrets. And murderous ghosts on the loose.
After more than a decade, Connor Mann is forced out of the psychiatric ward he once called home. He finds himself back in the town where he grew up, with a distant father, and a tragedy all too painful to bear.

His attempt to resume a normal life soon comes under attack when he encounters restless spirits lurking in the basement. And someone - or something - terribly vicious awaits him with open arms in nearby Pine Grove Cemetery.

Meanwhile, a series of unexplained murders begin to wreak havoc on the town, and a group of detectives work tirelessly on the puzzling case. Unbeknownst to them, an elderly Chinese man, Hu, is on the lookout for a nefarious priest, who might hold the key to unlocking the mystery.

As a legion of deadly ghosts cast an ominous cloud over Pine Grove, Connor must confront his tragic past and gather all his strength to defeat them. The battle against unimaginable evil will change everything he knows about himself, and the world.