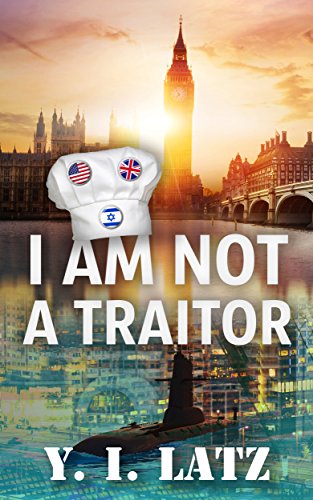 I Am Not A Traitor

The 50-year-old former chef of the Israeli Navy’s submarine fleet has a big secret that he cannot reveal to anyone. How does it relate to his longstanding relationship with the British MI6?

Dive into the story of an exciting espionage case that takes place in the most covert unit of the Israeli Defense Forces. Henry Stein, the 50-year-old veteran chef of the Israeli Navy's submarine fleet is laid off from his job after thirty years. Due to his big secret, he cannot reveal this fact to anyone, not even to his wife.A secret that is intertwined with a serious of international calamities

How does his secret relate to the murder of his grandmother in London thirty-five years ago, to the arrest of his backpacker daughter in Colombia, to his love affair with a sexy Korean-American who almost gets him killed, and to his longstanding personal relationship with the British MI6?A compulsive page-turner full of courage, terror, and passion

Step by step, the secret life of the "innocent cook" is exposed. As he fights a war of survival opposite the CIA, MI6 and the Israeli Mossad, he is revealed as a courageous man who follows his heart, until the arrival of the inevitable moment when he must decide once and for all where his loyalty lies—with his country or with his homeland.