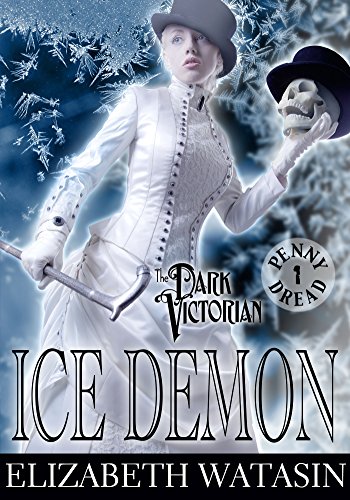 A ship with iced men who shatter; The Terror sails into London during its worst winter, bringing a hidden killer. Artifice, artificial ghost, and Jim Dastard, animated skull, track their quarry to the Thames’ Frost Fair, only for Art to discover a greater danger—one involving those she holds dear.

A ship of dead with iced men who shatter; The Terror sails into the Port of London during England's worst winter, bringing insidious ice fog and a hidden killer. Secret Commission agents, Artifice, the artificial ghost, and Jim Dastard, the animated skull, track their murderer to the frozen Thames' Frost Fair, only for Art to discover a deadlier danger—one involving the women she holds dear. F/F historical fantasy and Gothic mystery set in the steampunk world of the Dark Victorian series.

It is 1880; black arts sorcery had its time to grow in England and to battle the eldritch evils threatening, HRH Prince Albert's Secret Commission is born. Executed criminals are brought back to life without memories and to fight as agents. Among those resurrected is Artifice, a six foot two tall strongwoman, Quaker, and artificial ghost, guided by her senior partner, Jim Dastard, the animated skull. And she soon discovers-from her encounters with a madwoman journalist, a mysterious woman in black, and a French prostitute-where her heart lies . . .