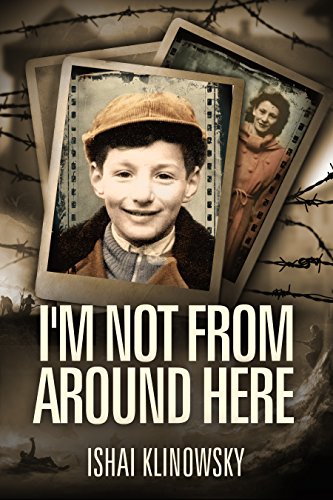 I'm Not From Around Here

Reality surpasses all imagination. Against the backdrop of the Holocaust, unusual heroes sweep the reader into a whirlwind of breathtaking adventures. A heartrending childhood: disturbed parents who disappear overnight and life in a tough orphanage.

What could have led to an encounter between such an unsuitable couple as my parents?

This book is a fascinating life diary, in which reality surpasses all imagination. It takes place against the backdrop of the Holocaust, the fate of the refugees at the end of the war, and the rebirth of the new Israel.

The heroes of the plot are unusual, an antithesis of the weak and submissive Jew, sweeping the reader into a whirlwind of events and countless breathtaking adventures.How does a weak and very naive girl survive for three years in a deadly forced labor camp where others could not survive for more than a few months?

Lola, the mother, whom we encounter as an innocent girl, sweeps the reader close to the hell of the monstrous and notorious labor camp, Ludwigsdorf.How does an "antithesis Jew" look to the submissive Jew?

Staszek, the father, a street fighter and a tough and hard-working man from Warsaw, is hot-tempered, cunning, and daring. His gypsy appearance and colorful figure lead many women to fall easily into his arms.What does a spoiled "mother's son" and "father's daughter" feel when they see their family collapsing?

From the eyes of an eight-year-old boy, the writer describes a stormy childhood with many heartrending vicissitudes: parents who disappear overnight, living with strangers, being trapped in a tough orphanage ... and more...