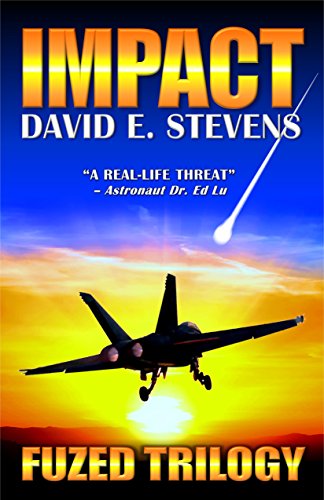 After his jet crashes, he wakes up in a new body and with a mission to prevent a global cataclysm. Struggling to save humanity, he is hunted by the CIA. Can he make it, or is he a puppet in a much bigger game?

He was dead, but now he is alive and has no identity

Commander Josh Logan is a Navy pilot on a routine flight when his F-18 fighter catches on fire. Preventing the burning jet from hitting a neighborhood, he ejects too late. Paralyzed and hemorrhaging, he lies on the ground looking at the stars as his heart beats its last beat.

One year later, he's found naked and unconscious on the side of a road. He wakes up in a city hospital looking like a multiracial Olympic athlete. His memory is intact, but he realizes his body wasn't repaired, it was replaced; He appears to be a genetic blend of the best genes from every race. With no identity, his beautiful and intelligent ICU nurse, Elizabeth, invites him to stay with her until he can build a new identity as Josh Fuze.Is he losing his sanity or is he the key to humanity's survival?

He's contacted by a voice he believes represents a secret government agency responsible for his return. He's told a comet will strike Earth in two years, erasing almost all life, and he is the key to humanity's survival. A Navy pilot brought back from the dead to save the world? He realizes that the most likely explanation is insanity… but until proven insane, he decides to take action.Struggling to save humanity and hunted by the CIA. Will he make it?

Using his insider knowledge of the Military Industrial Complex, he creates a fake classified program and recruits a brilliant international team. Together, they secretly develop the world's most powerful weapon to protect humanity. While installing it on an Antarctic mountain, their operation is uncovered by the CIA. Labeled an international terrorist, Josh is targeted for assassination. With cruise missiles inbound, he fires the device to learn if it can deflect a comet fragment that will destroy London or if he's simply a puppet in a much bigger game.