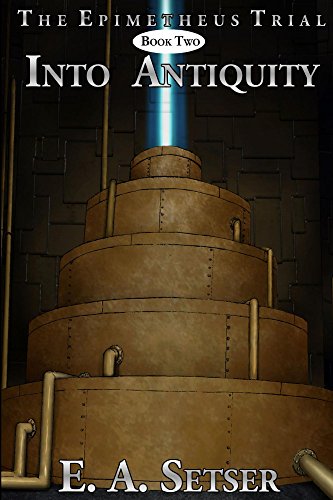 The Avatars of Fate have been silent in the five years since the war. But as the Hybrids return to ArcNos, their machinations resume.
Scandals threaten the new power structure. Undercover agents within The Avatars risk exposure. And a fifth Hybrid needs to be rescued from their captivity before she's executed. Or used to ramp up production of bio-weapons.

Future tech collides with sword and sorcery in this epic science fantasy thriller!

Everyone Has Their Stories
Half a decade has passed since the ArcNosian Civil War. Nations have been rebuilt. Peace has been restored. And The Avatars of Fate have been deathly silent.

No sooner are Sinkua and Eytea called back to ArcNos than the gears begin turning again. Money begins vanishing from ArcNos. Scandals threaten the new power structure. Sinkua ends up at the center of a debacle that threatens Galo's sovereignty.

Old allies and new faces emerge as an anti-Avatar force called The Coalition. They've worked in secret for decades, but the time has come for their disclosure. Because two of them have their necks in The Avatars' nooses.

Nikasu, the girl in the lab and a fifth Hybrid, needs to be rescued. A dichotomous man's very nature hinges on Vielle's decisions. Everyone is forced to reassess what they know about The Avatars, the Hybrids, and the foggily defined Epimetheus Trial.

Suppressed memories and existential quandaries bring many to confront their past before they can face the future. And The Avatars' divide and conquer tactics threaten far more than alliances and friendships.

Their campaign of chaos only begins in The Northlands.