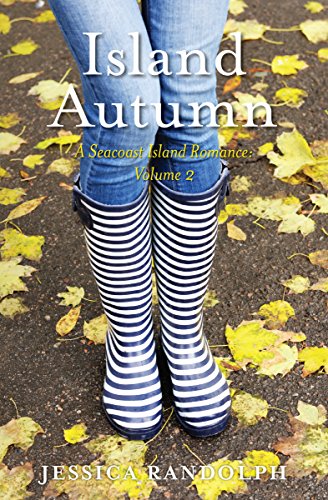 War widow Morgan has always said she’ll never date again, much less fall in love. But when her late husband’s ex-Marine best friend, Jesse, shows up to fix her Maine island B&B’s roof, will his Southern singing-cowboy charm be enough to open her heart?

Morgan Bailey, widowed six years earlier by the war in Afghanistan, has always said she'll never date again, let alone fall in love. And act on her old passion for music? No way. But, after her late husband's best friend from the Marines, Jesse Stewart - a love-'em-and-leave-'em singing cowboy with a sweet North Carolina accent - comes to Seacoast Island to fix her B&B's roof, she finds herself questioning everything she'd thought was set in stone…

With his Southern charm and muscular good looks, Jesse Stewart hides the pain of a broken engagement and losing his best friend in battle under jokes and country songs. He's sure not looking for a relationship, and he's only helping Morgan because he promised Rick he'd look out for her. He just wants to finish up and get back home - especially since being around Morgan is stirring up feelings he's never felt before…

But when Morgan learns that a rival is stealing her breakfast ideas, jeopardizing her business and her chances in an upcoming national "Best B&B" contest, Jesse helps mobilize the island's residents in response. Soon, nights around the campfire singing, days readying the B&B for the contest judge's arrival, and sleepless nights in adjoining rooms leave Morgan and Jesse both realizing they have more in common than they'd ever dreamed - and a lot more chemistry than they can ignore. But will Jesse be able to convince Morgan - and himself - that it's time to let go of Rick and the past - and take a chance on love?