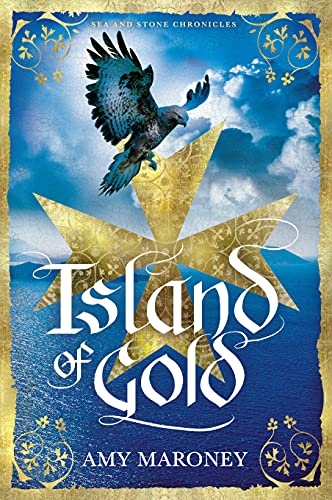 1454. Cédric, a noble French falconer, and Sophie, a spirited merchant's daughter, seek their fortunes on the legendary Greek island of Rhodes. But they soon learn this dazzling new home has a dark side. When disaster strikes the island, their love is tested—and the dangers of their Mediterranean world become all too real.

1454. A noble French falconer. A spirited merchant's daughter. And a fateful decision that changes their destiny forever...

When Cédric is recruited by the Knights Hospitaller to the Greek island of Rhodes, his wife Sophie jumps at the chance to improve their fortunes. After a harrowing journey to Rhodes, Cédric plunges into the world of the knights—while Sophie is tempted by the endless riches that flow into the bustling harbor. But their dazzling new home has a dark side.

Slaves toil endlessly to fortify the city walls, and rumors of a coming attack by the Ottoman Turks swirl in the streets. Desperate to gain favor with the knights and secure his position, Cédric navigates a treacherous web of shadowy alliances. Meanwhile, Sophie secretly engineers a bold plan to keep their children safe. As the trust between them frays, enemies close in—and when disaster strikes the island, the dangers of their new world become terrifyingly real.

With this richly-told story of adventure, treachery, and the redeeming power of love, Amy Maroney brings a mesmerizing and forgotten world to vivid life.