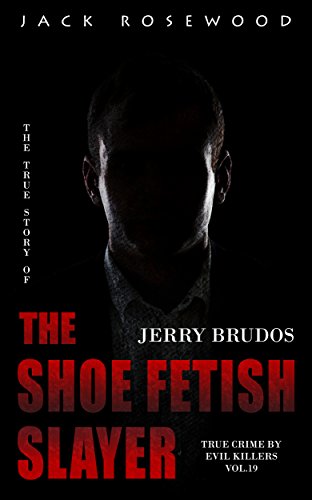 Jerry Brudos: The True Story Of The Shoe Fetish Slayer

Foot fetishes have been around ever since Victorian men longed for a glimpse of a pretty woman’s ankle, but American serial killer Jerome Henry Brudos took his fetish for feet to a macabre new level. Read the full story in this True Crime Biography.

Foot fetishes have been around ever since Victorian men longed for a glimpse of a pretty woman's ankle, but American serial killer Jerome Henry Brudos took his fetish for feet to a macabre new level.

Ever since he discovered his first pair of heels at the neighborhood dump when he was five years old, those peep-toed black patent leather pumps aroused something sinister, especially after his abusive, razor-edged mother found them and burned his coveted shoes to a crisp while forcing him watched.

What began as furtive clothesline thefts of ladies panties' and bras eventually evolved into a dark fantasyland that would require a human model to display his silky, sexy finds. Those models, of course, would never come out of their sessions alive.

It wouldn't take long until freckled, red-headed, flabby Jerry Brudos, now a husband and father of two, would find himself unable to control his desire to turn live women into human dolls, and a pretty girl selling encyclopedias door to door would become his first murder victim. From her, after snapping numerous photographs as he dressed and undressed her, he took his first trophy, a severed left foot, amputated while his victim was still alive. After disposing of her body, he delighted in slipping that foot into shoes from his collection, until it decomposed too much to bring him pleasure.

Among true crime stories, the twisted tale of Jerry Brudos is especially terrifying, because he later laughed in interviews about the girls he strangled and raped after they were dead, and felt no remorse over taking souvenirs including crime scene photographs and several severed breasts.

While Brudos was not as prolific as some American serial killers, His story goes down as one of the most bizarre in Oregon history, and will be a satisfying read for true crime addicts who enjoy not only the underbelly of murder, but how far detectives will go to catch a killer.