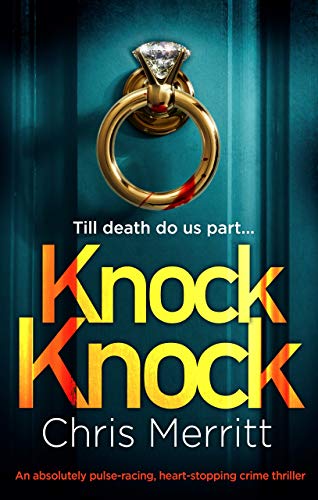 Natasha Mayston wasn’t expecting anyone to knock on her door so late at night. And she has no idea that the face staring back at her is the last one she’ll ever see…

Natasha Mayston wasn’t expecting anyone to knock on her door so late at night. And she has no idea that the face staring back at her is the last one she’ll ever see…

As Detective Dan Lockhart is called to a wealthy London street to investigate Natasha’s death, he’s startled by the similarity to a previous case. Noticing the cable-tie restraints and the tiny scratches on Natasha’s wedding finger, Dan already knows what he will find if he looks in her mouth – the metal ball which choked her to death. He knows Natasha isn’t the killer’s first victim and is certain that he will strike again.

Months earlier, Kim Hardy was found in the same position in a run-down hotel across the city – an identical silver ball in her throat. But Kim’s murderer was caught and sent to prison – did they arrest the wrong man? And what connects the two victims? Fearing that he’s dealing with a psychopathic serial killer, Dan calls in psychologist Dr Lexi Green to help him to get into the perpetrator’s mind. Tough and smart, Lexi will stop at nothing to hunt down the man responsible for the deaths.

Then, another body is discovered, just as Lexi finds a clue online leading to the killer. Dan’s team aren’t convinced, but in pushing Lexi away from the investigation, they force her to dig further into the case on her own. Convinced that she’s on to something, she puts herself in unthinkable danger… but can Dan piece together the clues and identify the killer before it’s too late?