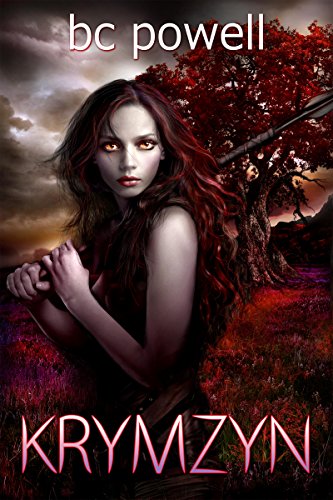 In the plane of existence where time began, a mystical young woman and a determined young man from Earth are brought together by events that can only be described as fate. When his life in both worlds is threatened, his only chance for survival is through her.

Journey with Chase to a strange land where dark, ominous clouds never move, ancient trees violently spring to life during Darkness, and people seem to live without emotion. Doctors tell him they're hallucinations, but he knows his visits are real. She's there—Sash—and she's more real than anyone he's ever known.

His visits stop but, as years pass, the memories haunt Chase. Without warning, the young man suddenly finds himself again in a world called Krymzyn. Arriving during Darkness, he's rescued from death by the extraordinary, beautiful, but terrifying young woman he first met when he was twelve.

When Chase is thrust into the war of balance against vile creatures who threaten all who live there, Sash helps him understand his purpose in Krymzyn. A dark secret from the beginning of time reveals he might be able to stay there forever. To prove he belongs in Krymzyn and be with the only woman he can ever love, Chase will have to risk his own life in the ultimate battle.