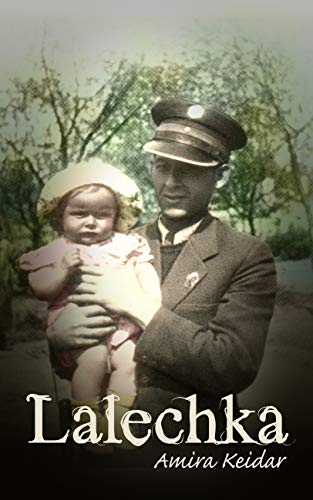 A little girl is smuggled out of a Ghetto by her parents. Two brave women who are willing to risk their lives. And an inspirational story of survival based on is based on the unique journal written by the mother during the annihilation of the ghetto.

A little girl is smuggled out of a Ghetto. Two courageous women. And an inspirational story of survival

It is 1941, the height of World War II, and in a Polish ghetto, a baby girl named Rachel is born. Her parents, Jacob and Zippa, are willing to do anything to keep her alive. They nickname her Lalechka.

Just before Lalechka's first birthday, the Nazis begin to murder everyone in the ghetto. Her mother discovers a hideaway in the attic where other Jews are hiding.
The father, serving as Jewish policeman in the ghetto, understands that staying in the attic will mean a certain death for his wife and child.

In a desperate but hope-filled move, Lalechka's parents decide to save their daughter no matter what the price.

Jacob smuggle them outside the boundaries of the ghetto where Zippa meets Polish friends, Irena and Sophia. She gives her beloved Lalechka to them and returns to the ghetto to be with her husband and parents - unaware of the fate that awaits her.

Irena and Sophia take on the burden of caring for Lalechka during the war, pretending that she is part of their family despite the danger of being discovered and executed.

Lalechka is based on the unique journal written by the young mother during the annihilation of the ghetto, as well as on interviews with key figures in the story, rare documents and authentic letters.