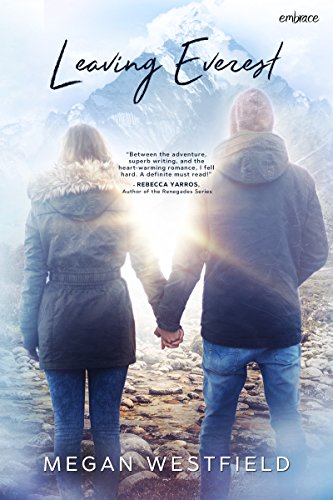 Emily Winslowe has had an adventurous upbringing, climbing the world’s highest peaks with her father. But there’s something important her best friend, Luke Norgay, doesn’t know. It’s the reason she ended up in the Himalayas in the first place…and the reason she must summit Everest this year.

Twenty-year-old Emily Winslowe has had an adventurous upbringing. Daughter of a Himalayan mountain guide, she has climbed Mount Everest and other peaks most Americans only dream of. But for all her mountaineering prowess, she's lacking some key experiences. Namely, guys. Especially one guy in particular—Luke Norgay, her childhood best friend who she hasn't seen since he left for college in the United States two years ago.

Luke unexpectedly reappears as a guide just in time for the Everest climbing season. He's even more handsome than she remembers, and that something that had been building between them during their last season together is back in front of them, bigger than ever.

The problem is, there's a detail about Emily's past that Luke doesn't know. It's the reason she ended up in the Himalayas in the first place...and the reason she must make it to the summit of Mount Everest this year. It's also the reason she would never consider following him back to Washington after the climbing season ends.

But first, they'll have to survive the mountain.