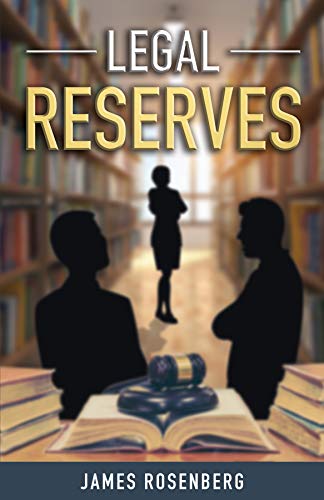 A significant trial looms. The two lawyers and the judge all have major reasons to worry: Jeri Richards, a newbie judge, is presiding over her first trial concerned she is too inexperienced to handle it.

A significant trial looms. The two lawyers and the judge all have major reasons to worry: Jeri Richards, a newbie judge, is presiding over her first trial concerned she is too inexperienced to handle it. Mike Reigert, the plaintiff’s attorney, must try his biggest case because his client refuses the department store’s huge settlement offers—just to make sure that what they did to her won’t ever happen to anyone else.

The company’s attorney, Jack Rogers, is told that he must win this trial or face banishment from his law firm.If that weren’t enough, the three of them have been best friends since their first day of law school. Back then, they were the cream of their law school and thought their legal careers would involve nothing but success . . . . Now, they aren’t so sure. Jeri adored her two friends in law school. They helped her overcome the trauma of almost being raped. After graduating, she prosecuted the scum that preyed on the weak and became the youngest judge in her county. Mike was planning to work in Geneva stopping international terrorism, but his uncle convinced him to help in his small practice in a sleepy town outside of Pittsburgh. Mike itches for more responsibility and finally comes to represent a woman mercilessly chained to a table until she confessed to a crime.

Jack craves the big money he would make if he became a partner at his huge law firm, and is willing to do anything to make it happen. Now five years after graduating from law school they are thrown back together on opposite sides of a trial where Mike’s client seeks to regain her life while Jack will not stop to make sure the company prevails.Jeri watches as the battles between her two buddies escalate until she has to intervene to protect the life of one of her friends.