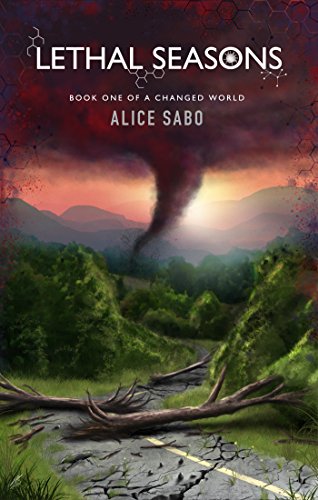 Ten years after the virus changed the world, Nick counts the people left. On one of his bartering trips, he stumbles on a murdered woman. Nick discovers that her siblings are in danger and sets off to rescue them with the help of a fugitive biobot and stolen weapons.

Nick counts survivors. It's been ten years since the virus started paring down the human population. Cities are empty, people have scattered across the country. Every summer, like an early flu season, the virus comes back in a new mutation and takes more, whittling away the human race. Nick travels the country to find communities that might barter for essentials and tries to get a headcount of those remaining. Not every settlement is willing to share that information.

On one of his trips Nick finds the body of a young woman who was gunned down in an abandoned house. Also at the scene is the body of a well-armed man in black body armor. A random killing isn't out of the ordinary in the makeshift society of the post-virus world. From the placement of the bodies, Nick can tell they shot each other. A person, hunted and murdered by a mercenary is very disturbing. When every person left alive is essential for the survival of humankind, the murder of a young female becomes especially heinous.

When Nick is tasked with finding her younger siblings, he sets off to rescue them with a desperate determination. He carries the profound burden of the loss of all his family and friends to the virus. Saving these children would lighten that burden. Inadvertently, the idyllic life he enjoys at High Meadow settlement is suddenly threatened.

The settlement is right on the verge of becoming self sufficient. They live carefully, but comfortably in a world shattered by season after season of deaths. Now they have to fear more than another season of illness. Rumors of attacks and roving bandits compound the difficulty of simple survival.

The changed world that Nick had finally come to accept turns out to harbor more secrets and lies than he had imagined. At a point of crisis, with no explanation, the reticent government shuts down the few remaining services. With the help of a fugitive biobot and stolen weapons, Nick must discover why someone would send teams of mercenaries to track and kill these children. Even if it brings them right to his doorstep.