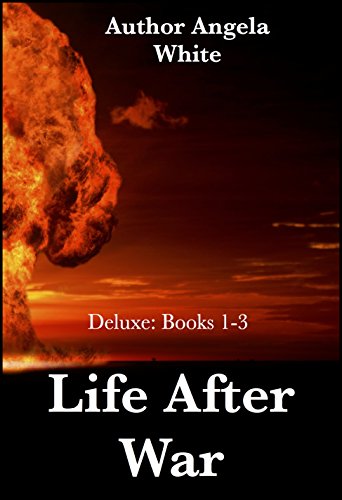 …Fated to lead New America, seven extraordinarily gifted people survive a nuclear apocalypse, only to find themselves on a cross-country quest that will shake the very core of who they thought they were. These long-denied descendants are destined to rebuild their country, their world...if they can stay alive long enough to find each other.

"The end of the world has given us a harsh, merciless existence, where nature tries hard to push mankind to the very brink of extinction. Everything is against us, between us... Untold miles of lawless, apocalyptic roads wait for our feet, and the future, cold and dark, offers little comfort. Without change, there can be no peace. Only survivors."

-The end of the world, up close and full of apocalyptic horror.
-A government conspiracy that caused the apocalypse.
-An adventure into the wastelands to find family, supplies, and safety.
-A supernatural romance strong enough to survive nuclear Armageddon.
-Invasions, ambushes, attacks from nature and humanity. Guns and magic!
-A refugee camp with very different laws, gathering those who survived.
-A hero you will either hate or love as you ponder the secrets that could cost him leadership.
-A witch, a doctor, a government storm tracker, a star, and three Marines struggling to keep their people alive and together.
-A constant battle for survival that includes deadly trips into decaying American cities, insanity, relics of the past and ghosts that stalk their every move.