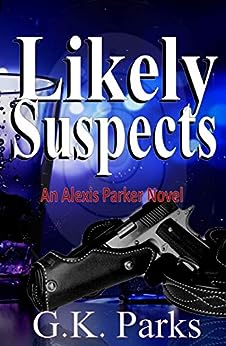 Meet Alexis Parker, the city's newest private eye. After losing her partner, this former federal agent can't lose anyone else, but can she save her client from being killed? Find out in the explosive first novel of the series.

I quit my job. I walked away from everything I knew. I couldn't lose anyone else. Not again. Working for James Martin wasn't supposed to be complicated or lethal. Too bad someone wanted him dead, and I was the only thing standing in the way.

When CEO James Martin's life is threatened, he decides to hire Alexis Parker, an attractive, feisty, former federal agent, to be his new security consultant and personal bodyguard. As Alex attempts to navigate the minefield of potential suspects, she discovers an underlying conspiracy that has been brewing at Martin Technologies for almost half a decade. Anyone could be involved, making Martin's closest friends, acquaintances, and employees possible suspects.

What starts out as a single death threat quickly morphs into a plot to overtake his entire company. Once the pieces fall into place, things explode, both literally and figuratively. This outwardly simple case is something neither Alex nor Martin ever imagined. It will take all of Alex's training and instincts to track down the criminal mastermind and stop the assassination plot before it's too late, and even that may not be enough.