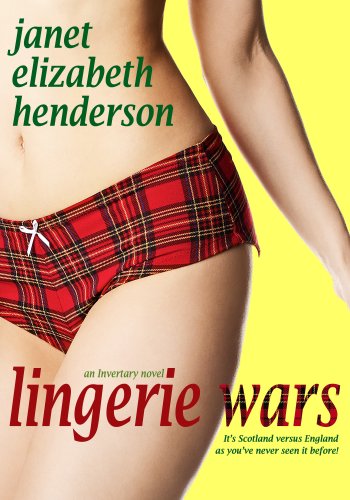 In a small town in Scotland, two lingerie stores are at war to be the last shop standing. There’s only room in town for one shop and ex-lingerie model, Kirsty, is convinced that will be hers. After all, she knows a lot more about lingerie than the ex-SAS soldier who owns her competition. Unfortunately for her, Lake Benson might not know lingerie but he does know war. And in order to get the money that his dippy sister invested in a failing shop, he intends to fight to the end--using every dirty,

Englishman Lake Benson loaned his life savings to his dippy sister so that she could buy a shop. It was a big mistake. His sister has been steadily flushing his money down the drain - and now he wants it back. Years in the special forces taught Lake that if you want a job done, do it yourself. So he steps in to make the shop profitable, sell it and get his money back. The only problem is, the business is an underwear shop. And all Lake knows about underwear can be summed up in how fast he can unsnap a bra. To make matters worse, the tiny highland town already has a lingerie shop. A successful one, run by an ex-lingerie model. A very gorgeous ex-lingerie model, who's distracting him from his mission more than he'd like to admit. If Lake wants to get his savings back, and get out of Scotland, he only has one option - wipe out the competition.

Kirsty Campbell has spent years rebuilding her life after she woke up in hospital in Spain to find her body scarred, and her ex-fiance had run off with all her money. The last thing she needs is a cocky, English soldier-boy trying to ruin all she has left. Her home town is only too happy to help her fight the latest English invasion, although Lake is beginning to sway them with his sex appeal and cut price knickers. With the help of her mother, and the retired ladies of Knit or Die, Kirsty sets about making sure that her shop is the last one standing in Invertary.

It's Scotland versus England as you've never seen it before. It's lingerie war