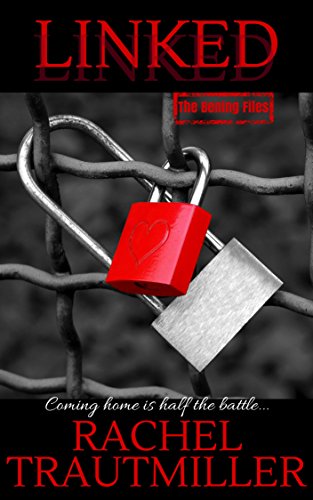 He's made enemies. She's caught in the crosshairs. Convincing her his protection is warranted might be the only way to save the woman he left home to defend.

Jordan Bening put his mother's murder behind him when he left Charlotte North Carolina—and the innocent man in prison for the crime. Almost a decade later, Jordan has college completed, a solid career with the FBI, and a girl he plans to settle down with as if the past never happened. As if the real killer isn't still lurking. When a postcard bearing the smiling face of his childhood friend finds him, a special message attached, he knows it's time to deal with his unfinished business.

McKenna Moore doesn't think about the day in April when her best friend's mother was murdered. She doesn't dwell on Jordan Bening's disappearance or how her testimony might have changed the trial, in which, her uncle was charged with the crime. Instead, she's focused on her career with the FBI and vindicating each victim that crosses her desk.

When McKenna runs into Jordan in Las Vegas, on a forced mini-vacation, she puts her questions and guilt to the side long enough to enjoy his presence—a little too much. One too many drinks and a chapel wedding later, she finds herself married to a man she hasn't seen in ten years. What's worse, he's not the boy she remembers, but an attractive man she can't stop thinking about.

With McKenna's car stolen, mysterious bouquets of flowers arriving, a grave robbed and a murder-suicide to investigate, Jordan suspects nothing about their current position is random. Right down to their hasty nuptials, he knows the details are linked. He just has to prove to McKenna that he's not that same kid who left home. And he's not going down without a fight.