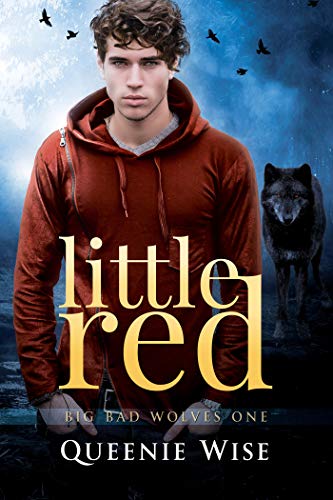 2. He attended high school in a small town that was as bigoted as it was boring. (Having the audacity to stand out was considered a major character flaw.)

Not that anyone knew that last one.

None of that meant, however, that Peter was prepared for the consequences when he is bitten by a giant wolf during a reckless night of teenage adventure.

Consequences that smack him right in the face when he is simultaneously saved and snatched by a (hugely-muscled, obscenely handsome)... mentally-imbalanced man who’s convinced that he’s a long-distance relation of Jacob Black. That’s right: werewolf.

Mr. Big and Bad claims Peter is one, too, now that he’s bitten him.

Forced to adjust to pack life in a hidden society, Peter’s not sure what he longs to do more: throttle the man who’s bitten him and ruined his life so conclusively, or throw himself on Mr. Big and Bad’s ridiculously firm… lap.