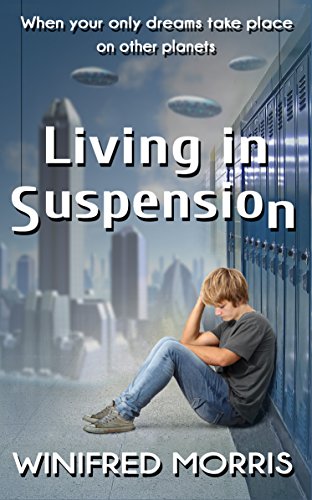 Sky wishes he could be good enough for Julie. Instead, he’s failing at school, and his best friend keeps pulling him further down. He finds refuge in “Escape from the Death Squad,” a novel he’s writing about fleeing to the Forbidden Hills—and his fear something is wrong with him.

What if your only dreams take place on other planets?

Sky spends most of his days sitting in a plastic school desk that clearly wasn't built for someone six feet tall. Sometimes he gets a break from that when the vice principal calls him out of class to tell him not to skip class. Or he'll be suspended for skipping, which gives him a whole day off. His parents and teachers keep telling him he could easily do well in school, but he's now a junior with no chance of graduating any time soon.

At least he has a creative writing class he likes, and although he's taking it for a make-up credit, it draws honor students, like Julie, as well as ones who have flunked. He watches her from the other side of the room and wishes he could be good enough for her. But he's always picked his friends from the losers, and his best friend is now pulling him even further down.

As his life spins out of control, he finds refuge in "Escape from the Death Squad," a novel he's writing about hovercrafts, mutant possums, a desperate flight to the Forbidden Hills—and his fear that something must be wrong with him.