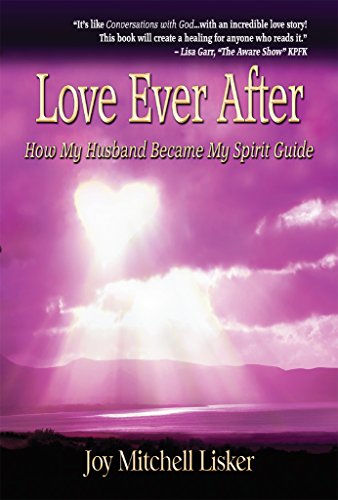 Out of a murder & miscarriage of justice come messages of life-after-death and eternal love.
In her incredible memoir, Joy channels the extraordinary afterlife conversations she had with her husband after he died.

It all began with a murder!...

In 1983 Bob Lisker suffered a tragedy of biblical proportions. His wife, Dorka, had been brutally murdered in their Los Angeles home and his teenage son, Bruce, despite pleas of innocence, was convicted of the crime and sentenced to life in prison.

Tormented by the loss of his wife and his only son, this conservative attorney, former Marine and pillar of the community attempted to contact the spirit of his dead wife to find out who killed her. This set the stage for the extraordinary Afterlife communications his 2nd wife, Joy Mitchell Lisker, received after he died.

According to Joy, Bob Lisker was the least likely candidate to be a spirit guide. Yet from the moment he left his body, he gave her a guided tour of the Afterlife that included:
* A spiritual perspective on the Lisker family tragedy
* What happens when we die
* How spirits live and learn on the Other Side
* Reincarnation and the illusion of time
* How the soul chooses its lessons
* How to contact your loved ones on the Other Side
* How to recognize your life path
* How to attract money
* Bob's 12-step program to realize your dreams
* And much more....

This 10th anniversary edition includes an Afterword by I. J. Weinstock (Joy's surviving husband) entitled "The Joyful Redemption" that describes Bruce Lisker's 2009 exoneration and release from prison as seen on the TV show 48 Hours.