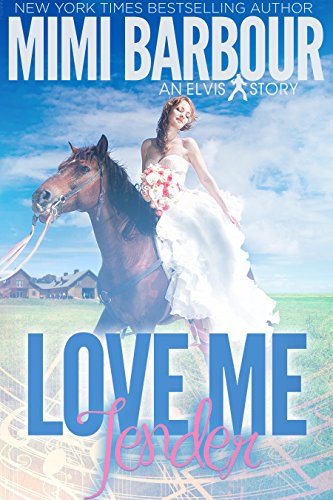 A young mother's eight-year-old secret...
How could Anne go back to Texas knowing that her son would be meeting a father and grandmother who never even knew he existed? But how could she stay away when a woman, who’d been the only mother she ever knew, was dying and needed her?

Anne Pichette is an eighteen-year-old exchange student who goes to live in Texas for a year. Rose Walsh, her host mother, treats her like a daughter and Anne believes her life is perfect. Rose's teasing, devilishly handsome son, Clint, on whom Anne develops a crush, has a lot to do with this belief.

One night, Anne shares her tender passion with Clint, but sadly, he's too inebriated to remember. A week later, she returns to Paris devastated—and pregnant. Anne fully intends to tell him about her condition except her plans are deterred due to a letter arriving announcing his impending marriage to a pregnant woman he loves. Eight years later, Rose appears in Paris to beg Anne to come back to Texas to help her through her final days of cancer. Unable to refuse her dear old friend, Anne accepts. Now she'll have to divulge that her boy, Max, is Clint's son.

So how's a man supposed to handle that kind of treachery? Especially after they'd shared one beautiful night of lovemaking he's never been able to forget. Or, due to his state of intoxication—clearly remember.