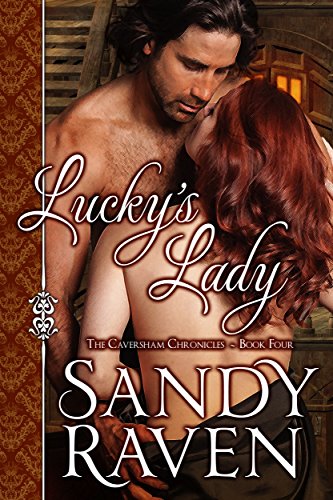 Desperate Mary-Michael needs to conceive before her elderly husband dies. The only man she wants as her child’s father is the handsome captain who is soon to leave. For Lucky, family is everything, loyalty is his strongest characteristic, and when he loves it’s forever.

When Mary-Michael Watkins married her elderly mentor who owned the shipyard where she worked, she never thought she'd miss the things he can't give her. But as the years pass, she discovers a surprising need for a child that grows stronger each day. Her husband urges her to look elsewhere for a man to sire the baby she wants, but she can't even consider such a thing—until she meets Captain Gualtiero.

Luchino Gualtiero, is a man to whom family means everything. Second to family is growing his tea import company, and he's come to Watkins Shipyard to have two new ships built. He's enjoyed married women in the past, so has no issue bedding the beautiful wife of the shipyard owner. But when it comes time to leave her, his heart cannot forget her.

Shortly before her husband's death, Mary-Michael realizes she is carrying the captain's child. A spurned suitor accuses her of adultery, claiming to be the child's father to gain the Watkins fortune, and she is forced to ask the captain to care for their child in the event she is found guilty and hanged.

Lucky will do whatever is necessary to have Mary for his own—and to be a part of his child's life—even kidnap her from her cell and take her on the high seas with him. He knows she's long fought her feelings for him, and aboard the Lady M he will convince her that his love for her is as endless as the ocean.