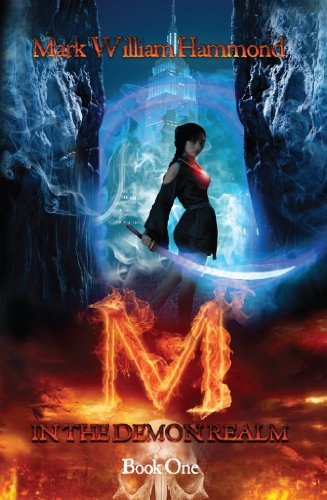 M In The Demon Realm

A young Asian waitress discovers she is the last in a long line of Demon Killers when her boy friend is slaughtered by Local Native American demons, the wendigoes. Powerful Chinese warrior demons are also sent to slaughter her. M is a New York City waitress but this may be too much.

The raging demons of Hell are always ready to escape their dark prison, and destroy humankind. This war has been fought since the beginning of time, but this is no ancient legend. A Hell Gate is opening. The battle will be fought now. Demons hunt the one young woman that can stop hell on earth.

Korean adoptee Emma Ricci has big plans. A graduate of New York's Fashion Institute of Technology, Emma dreams of starting her own fashion line and marrying her boyfriend, Adam. For now, she waits tables in a Korea Town restaurant.

With the help of Chinese masters Li Bai and Zhan Ziquian, Emma discovers her heritage and past lives as a demon slayer. She also comes to the attention of Anthony DeAngelo, the NYPD detective assigned to the wendigo killings. DeAngelo obviously finds Emma attractive, but isn't going to let his feelings interfere with his investigation.

As demonic activity increases, it becomes apparent someone—or something—plans to open a hell-gate in Lower Manhattan. Emma's the only one capable of closing the door to the demon realm. Unfortunately, closing a gate kills the demon slayer.

Starting her own fashion line is beginning to look real unlikely…