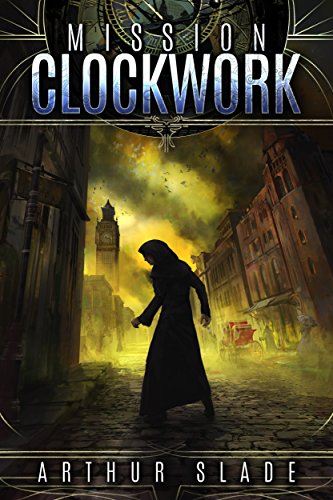 Modo, the greatest spy of the Victorian era, can change his shape to look like other people. Using this ability he must confront the Clockwork Guild, an organization bent on the destruction of the British Empire.

He's the greatest spy of the Victorian era, but he's met his match...

Almost since birth, Modo has been rigorously schooled as a secret agent. His master, a British Lord, took advantage of Modo's unique shape-shifting talents, training him to morph from his unsightly, hunchbacked-self into anyone he liked. When Modo is teamed up with the beautiful Octavia, his reasons for wanting to shape-shift become, well, more complicated. He never wants her to see his true appearance.

Then urchins start disappearing from London streets, a high-ranking British Lord gets assassinated, and Modo comes face to face with a ruthless woman with a metal hand. It's clear that a deadly, secret organization has the British Empire in its sights. It will take every ounce of skill, guts, and luck for the pair to survive.