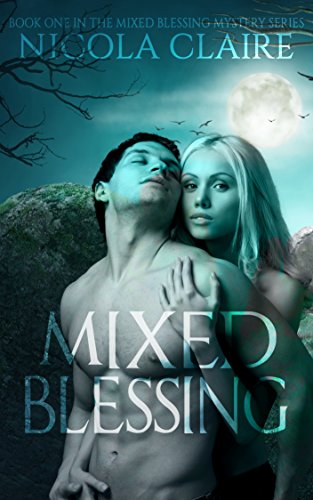 Working at the most popular club in town & dating a handsome, sexy and mysterious Englishman, Georgia thought her life was finally going somewhere. Then one night a rogue vampire caught her unawares. Now Georgia has to come to terms with her night time cravings and a dangerous new preternatural world.

'His whole body jerked against mine, his arms tightened and a low growl mixed with a decidedly sexy moan came from the back of his throat. I could tell he was having an instant response to my biting him, I could feel exactly where his mind had taken the moment to. I gasped at his reaction, thinking this was having way more of an effect on him than me. And then the taste of his blood hit my tongue.'

Working as a bartender at the most popular club in town, dating a handsome, sexy and ever so slightly mysterious Englishman, Georgia thought her life was finally going somewhere. Then one night a rogue vampire caught her unaware, introducing her to a night time life she never knew existed.

Trusting no one and finding it hard to forgive the one man who could have warned her, but didn't, Georgia fights to retain her humanity. All the while fighting her attraction for the one who let her down. But with some hard and fast rules, an iron will and determination, plus abilities that make her a commodity to any who traverse the night time world, Georgia must find a way to remain true to herself and not give in to the seduction of the Dark.

But the Dark is so appealing and her vampire-within so strong. Can Georgia resist temptation, in all its glorious guises and still be true to her Light-filled side? As she'd say, this really sucks!