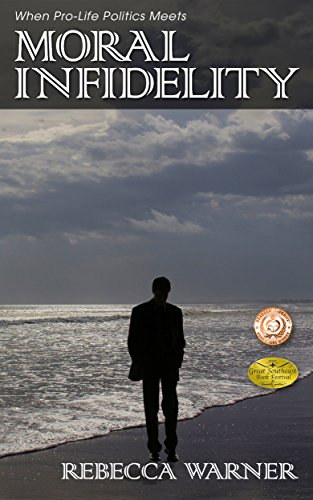 When an anti-abortion governor's pregnant mistress is murdered, police attribute the crime to a serial killer. But to her brother, a former New York City detective, things just don't add up. And he won't stop investigating until he uncovers the truth.

While campaigning for support of his anti-abortion agenda, he meets a beautiful, sexy young widow, Kristin Long, who begins plotting her seduction of the governor.

Despite his faithful and loving marriage of seventeen years, Romano is unable to resist Kristin's escalating enticements. For him, the affair is based on pure lust, and the carnal gratification he finds with her keeps him enthralled—until his infidelity leads to devastating consequences.

Even with seemingly fail-proof precautions, Kristin becomes pregnant, and Romano finds himself embroiled in a moral dilemma that threatens to shatter his marriage and his political career. Kristin wants him and his baby, and she will publicly destroy his carefully-constructed life if he doesn't meet her demands.

Suspense builds as Romano weighs his limited options while fighting to keep his political career viable as he pursues enactment of anti-abortion laws. Caught in the nightmarish consequences of his deceit and duplicity, Romano must make choices that will test the strength of his moral fiber to its limits...But will his choices lead to his salvation, or his ruin?