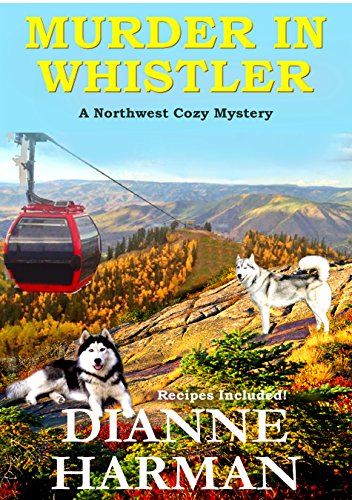 With his signature Rolex watch, Johnny was bigger than life. So who murdered him? Plenty of dogs, food & recipes in this cozy mystery.

When DeeDee and her boyfriend, Jake, head to Whistler, British Columbia, to see her sister, Roz, and enjoy a little down time from her new catering business, Deelish, and his job as a private investigator, the last thing they expect is to become involved in a murder.

What makes it even worse is the person murdered is DeeDee's former neighbor, Johnny Roberts. He was a bigger-than-life person and the owner of a very successful Mercedes Benz dealership in Seattle, but did he have secrets? And who would want Johnny dead?

Was it the man who years ago had tried to get Johnny's wife, Cassie, to leave Johnny and marry him? Was it the sexy saleswoman in Johnny's dealership who didn't care whether or not Johnny was married, but wanted revenge when he rejected her? Was it his brother who resented Johnny for being the frugal administer of his trust fund? Or even the Mercer Island golf club pro who felt threatened by Johnny's golf game?

Join, DeeDee, Jake, their husky dogs, Balto and Yukon, and the Royal Canadian Mounted Police, as they try to figure out who murdered Johnny Roberts and why.