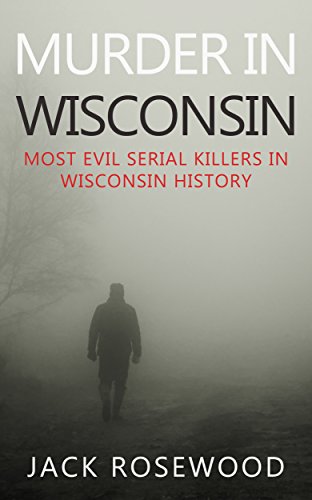 Wisconsin is full of secrets, and very bad men. This biography of four prolific serial killers steps into the heart of the state's madness, and is likely to make their nightmares yours, at least for a spine-tingling night or two, especially when you realize that what happens in the movies is sometimes horrifyingly real.

While Wisconsin is now perhaps best known for its die-hard love of both the Green Bay Packers and its cheese, deep beneath the surface of Wisconsin history simmers a cesspool of nightmares that began before the term serial killer had been coined. The horror started when Ed Gein tried desperately to bring back his dead mother by first exhuming bodies, then by killing in order to harvest female body parts that he himself would wear.

His story sparked a nation's macabre fascination with American serial killers, though its bizarre tale of grave robbing and decorating with the dead meant that when other true crime stories surfaced from the state, no one was terribly surprised.

Ed Gein was among the first to undergo criminal profiling - was he transgender, a woman trapped in a man's body, or did he really just miss his mother? - but he would not be the last.

Wisconsin's infamous list of true crime serial killers includes the lonely Jeffrey Dahmer, who attempted science experiments in hopes of creating a sex slave to call his own, sex criminal David Spanbauer, who preferred raping little girls when he got the chance, and Walter Ellis, who preyed on prostitutes because he thought he would be able to get away with it. Turns out, he could, for more than a decade.