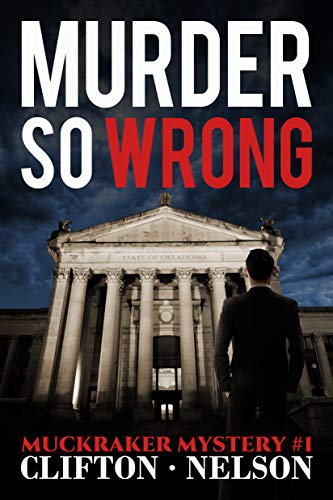 Tommy Jacks, a recent journalism grad, becomes involved in his first newspaper job in middle America during the tumultuous 1960s. Within days a reporter from the competing newspaper is found dead at the state capitol. His quest begins.

Follow Tommy Jacks, a recent journalism grad, as he becomes involved in his first newspaper job in middle America during the tumultuous 1960s. Within days of Tommy being on the job, a reporter from the competing newspaper is found dead at the state capitol.

Tommy's beat is politics but he cannot ignore the murder of a fellow reporter right under his nose. His quest begins. Tommy's dad had been a leader in politics until he was framed and went to prison. The connection with his dad had led him to the OK Journal, a fledgling newspaper competing with a well-established media giant. It was the owner of that powerful newspaper who had his dad framed and tossed into prison.

As the story develops we are introduced to an amazing cast of characters: Ray Jacks, Tommy's dad, Taylor Albright, mentor and tormentor; the Gilmores, father and son, who run the entire state, Joe Louongo, Attorney and oddball--and many more; including Judy Jackson, Tommy's soon to be girlfriend and a co-worker at the capitol.Mystery, adventure, and some romance come together in this story of personal growth and great tragedy.

This is the first book in the Muckraker Trilogy which leads Tommy into the complicated world of state politics and the newspaper business.