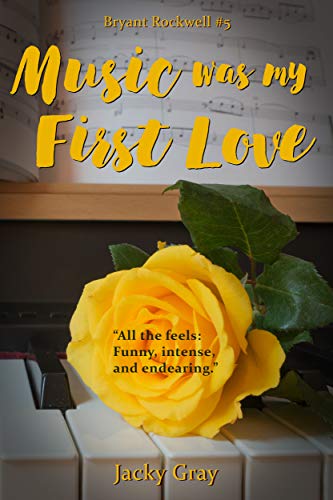 Music Was My First Love

Kat’s strict upbringing meant she couldn’t even swear in the privacy of her own head. How the heck was she supposed to front her Irish boyfriend’s rock band? Let alone wear the skimpy outfit the Teen Factor organiser demanded. The guy had much worse in store for the unwitting contestants.

Kat's just a girl who can't say no. Taking on the Teen Factor competition nearly breaks her, but there's way more going on than just vote fixing.

Everyone wants a piece of Kat - she's the go-to girl for anything artsy, from backing vocals for a rock band or fabulous artwork for the Valentine's disco, to heartfelt, tear-jerking performances. She cannot refuse, whether it's her boyfriend, Liam, her family, or the teachers at her high school.

All her instincts scream "no" when she's guilt-tripped into competing in a singing contest. The boot-camp is full of bullies, but she finds allies among the misfits. When the combined pressures get too much, something has to give, but the sleazy Teen Factor organiser threatens Liam's band if she doesn't cooperate. She never trusted the guy from the start, but then she discovers something sinister about the whole set-up.

Kat glimpses the potential danger from a ruthless, underground organisation. Does she have the courage to continue her risky investigation?