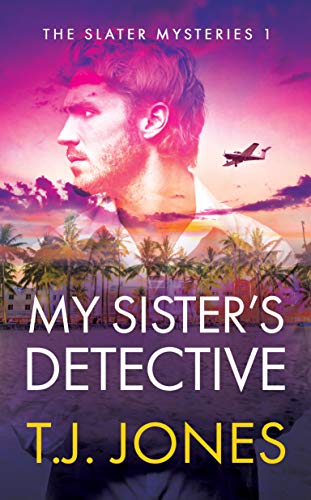 Eric Slater investigates the death of an old friend, and the sister of his old flame volunteers to help. Romance, intrigue, and suspense ensue, as they uncover murder, human trafficking, and worse.

His best friend's been murdered, an old flame needs his help, and her little sister has definitely grown up! A wry tale of intrigue, deception, and two people that can't help falling in love.

Point Road, home of the obscenely wealthy, and the beautiful Angela Jeffries. When their best friend is murdered, Angela begs Slater to take the case. Maggie, the little sister he barely remembers, offers to help. It turns out, the feisty redhead is one hell of an investigator.

As their feelings turn romantic, Maggie and Slater follow a trail of deception and murder, hoping to prove their dead friend innocent of what they fear most. No one is safe, and the men involved will stop at nothing to cover their tracks, tracks that will lead the pair into the grim world of human trafficking, and expose the darkest secrets of Point Road.