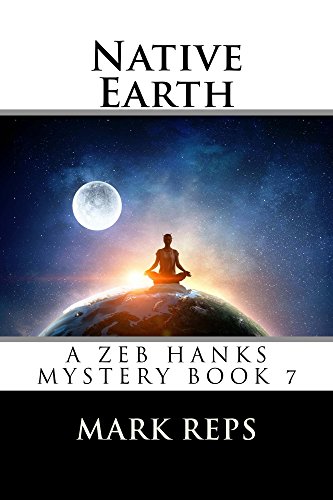 Sheriff Zeb Hanks is awakened in the middle of the night by a phone call. He's got one flat corpse, an irate widow and no shortage of suspects. Fans of Longmire and Hillerman will enjoy getting to know Zeb, a man who strives for justice but doesn't always play by the rules.

Sheriff Zeb Hanks, sleeping peacefully alongside his new lover, Echo Skysong, is awakened in the middle of the night by a phone call. Lily McGinty, wife of millionaire copper magnate, Angus McGinty, is drunk and irate. She demands Zeb find her husband. Their conversation is interrupted by a second call to Zeb from the head of security at the copper mine. Angus McGinty has been brutally murdered. There is no shortage of suspects as Angus was anything but loved by the townspeople and the Apache Nation. The list of suspects includes Toohey Blendah who might have inherited the land the copper mine occupies, Cowboy Bob Shank, whom Angus has gone out of his way to screw over, and even his own wife who has her reasons to want Angus gone for good.

Adding fuel to the fire is a group of radical ecologists, funded by Angus's own daughter. They are doing their best to shut down the copper mine and return the land and its minerals to the rightful owners, the San Carlos Apache Tribe. To complicate matters, the mine is the county's largest employer and funds most city activities. Zeb desperately needs to follow the money to find the head of the snake before it strikes him and those he loves.