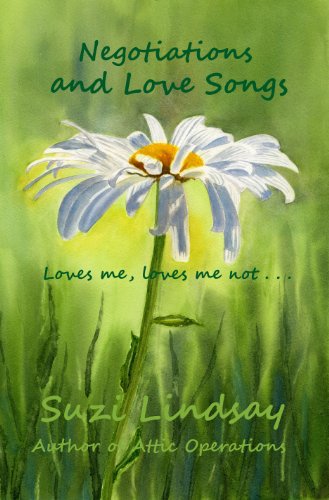 When a prominent psychologist and his patient fall in love, a huge ethical and moral dilemma is created. Neither of them is willing to cross the lines of propriety, even as their feelings pull them helplessly toward each other. The problem is solved in a most surprising way!

Dr. Park Palmer is fascinated by his new patient, Madison Templeton. Fundamentally alike in a number of ways, the two immediately form an intense emotional bond. Madison falls hard for Park, but he denies his feelings for her, insisting the attraction is simply an exaggeration of the fondness that normally develops between psychotherapist and patient. At a critical point in Madison's therapy, Park announces he's relocating to Dallas, and she is devastated.

Unknown to Madison, Park has a condition that requires chemotherapy; to preserve his fertility, which will be destroyed by the treatment, he arranges to have sperm frozen at the clinic where Madison works. But the specimen is unsuitable for storage, and Madison impulsively takes it, using it for artificial insemination. After the birth of her son, Cam, she moves to Houston. Years later, Park has a recurrence of his condition, and is sent to Houston for a bone marrow transplant. He visits Madison, surprised that she has a son. Cam looks enough like Park to be his clone.

Dr. David Thorpe, who has had an off and on relationship with Madison, always thought Cam was his child. When Madison, David, and Cam are all tested as donors for Park, Cam's paternity is revealed, as well as a shocking family secret . . .