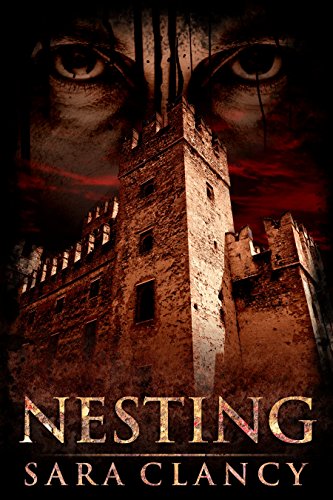 Mihail decides to spend his last year of school in his family’s ancestral home. But he never could have expected the horror nesting within the ancient walls.
A horror that hungers to add new souls to its collection. With its sights set on Mihail, Mihail discovers an evil that’s darker than anything he’s ever imagined…

An unspeakable horror nesting within castle walls…
After years of being away, Mihail Vaduva has long forgotten about his grandmother and his ancestral home. That is, until he comes across an exciting opportunity to reconnect with his family's history. Enticed by his newfound escape from boarding school, Mihail decides to spend his last year of high school in Castle Vaduva. But he never could have expected the horror hidden within the ancient walls.

When Mihail roams the maze-like hallways, he quickly realizes that the castle is not the peaceful respite he thought it was. Instead, he finds himself herded by unseen forces and pushed into hidden rooms, full of long forgotten secrets. But secrets aren't the only inhabitants in the archaic structure … there are ghosts. Ones that don't rest and certainly don't forgive.

Dragged deeper into the twisted madness of Castle Vaduva, Mihail desperately races to find a way to appease the dead. His search leads him to Abe Claymont, a powerful medium who Mihail hopes can bring peace to the restless spirits.

But the evil that lives in the castle yearns for neither peace nor forgiveness. It hungers to add new souls to its collection of the damned. With its sights set on Mihail and Abe, together they discover an evil that's darker than anything they've ever imagined…